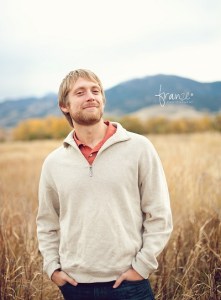 About James Schannep:
James Schannep is an American novelist plagued by far, far too many ideas. In order to quiet the voices in his head he writes branching-path novels.

A United States Air Force Academy (USAFA) graduate with a degree in English, Schannep left the service honorably to write full time. He resides with his wife along the front range of the Rocky Mountains.

What inspires you to write?
One February day, when Hephaestus was hitting on The Muses, they began a playful argument: Is it possible for a mortal man to be *too* creative? What would happen to his primitive brain if it were to suddenly overflow with ideas? Zeus, never one to leave an argument to the fate of mere words, sent a lightning bolt to earth where it struck upon a hapless young man–your author, James Schannep.

Thus Click Your Poison books were created as a repository to store the overabundant brain fruit. Each of Schannep’s books split into three unique storylines and contain over 50 possible endings. But the fate of each book; nay, of mankind, rests with YOU, dear reader. For it is your choices that will shape the story in these books.

Tell us about your writing process.
I am a consummate outliner. I write out the skeleton of the story, with a spine similar to a movie plot. The rest of the bones are story beats that excite me. Then I fill in the organs with character sketches and relationships. I add flesh with flowcharts pinned to a cork board, and finally cover it in skin by writing. I use the Gamebooks Authoring Tool (GBAT) to create a finalized, electronic story map as I edit the final draft.

For Fiction Writers: Do you listen (or talk to) to your characters?
Nothing so romantic, I’m afraid. I just know my characters and I let them lead me around. I watch and record. Often the direction of the story changes based on character personality.

What advice would you give other writers?
Be a reader first, and a writer second.

How did you decide how to publish your books?
I didn’t seek out a traditional publisher for my Click Your Poison series because I see this as the new Wild West of publishing. I aim to stake my claim, and I think I’ve got a rich story world to mine. I’d advise you only publish once you’ve honed your craft, whether you do it independently or traditionally.

What do you think about the future of book publishing?
It’s looking bright!

What genres do you write?: Horror, mystery, thriller, action adventure, science fiction….I tend to jump around