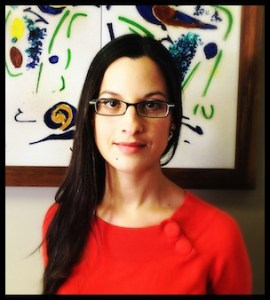 What inspires you to write?
Anything and everything around me. I live in New Orleans and the city is a constant source of inspiration for me. The colors, the scents, the food, the people, the architecture, the way time flows differently here, the energy, the decadence, the sounds, the culture, the way the past clings to everything… I could go on and on for days.

I would definitely say my obsessions are my biggest fuel for inspiration (which include, but are definitely not limited to: world mythology, classical antiquities, Japanese culture, tea, the New Orleans Museum of Art, anything by Hayao Miyazaki, the art of Yoshitaka Amano, anime).

The inspiration for The Protogenoi Series came from something my Philosophy 101 professor said more than 16 years ago, which stuck with me and has wreaked havoc on my imagination ever since.

Tell us about your writing process.
My writing process has changed between books. I wrote The Butterfly Crest while I was on hiatus from my legal career. After doing the initial research and preparing a detailed outline, I started to write. I would wake up every morning, prepare my writing nook and make myself a pot of tea. I would write for at least 8 hours at a time. If I was having trouble, I would sit and stare at the screen until it came. I did this every day of the week. I took the weekends off in the beginning, but towards the end the writing started bleeding into my weekends. It took me five months to complete the manuscript.

Writing Book Two has been a completely different experience. I’m juggling writing with managing my own law practice, so I can’t dedicate 8 hours a day, 5+ days a week to writing. Now, I wake up every morning at 5 a.m. and write until 7:30 a.m. I have an outline, which didn’t start out nearly as detailed as the one I had for Book One but has now taken on a mind of it’s own. The process is much looser this time around, since all the groundwork has already been laid, but the allotted time slots bring their own brand of problems. Being in the mood to write wasn’t an issue before because I had the luxury of time, but now if I get stuck for long, there goes my writing for the day. Stopping mid-scene (because of the allotted time) has also taken some getting used to. The process is much slower this time around, but I’m having a ball with it (when the writing elves are happy).

For Fiction Writers: Do you listen (or talk to) to your characters?
My characters are the cornerstone of my writing. I developed and wrote about them for years before I started writing the series. They’re the driving force behind the entire enterprise, and I tend to follow them blindly right off the cliff (except The Twins… I never listen to a word they say).

How did you decide how to publish your books?
Two major factors went into my decision to become an indie author: time and creative control. I think the choice between traditional and indie publishing is a very personal one, and in the end indie was really the only choice for me. How would I advise new authors? I think the most important thing to know for someone considering indie publishing is that going independent is like having your own small business—it takes a lot of time, a lot of effort and obsessive dedication. It was more than worth it for me, though.

What do you think about the future of book publishing?
The sky’s the limit.