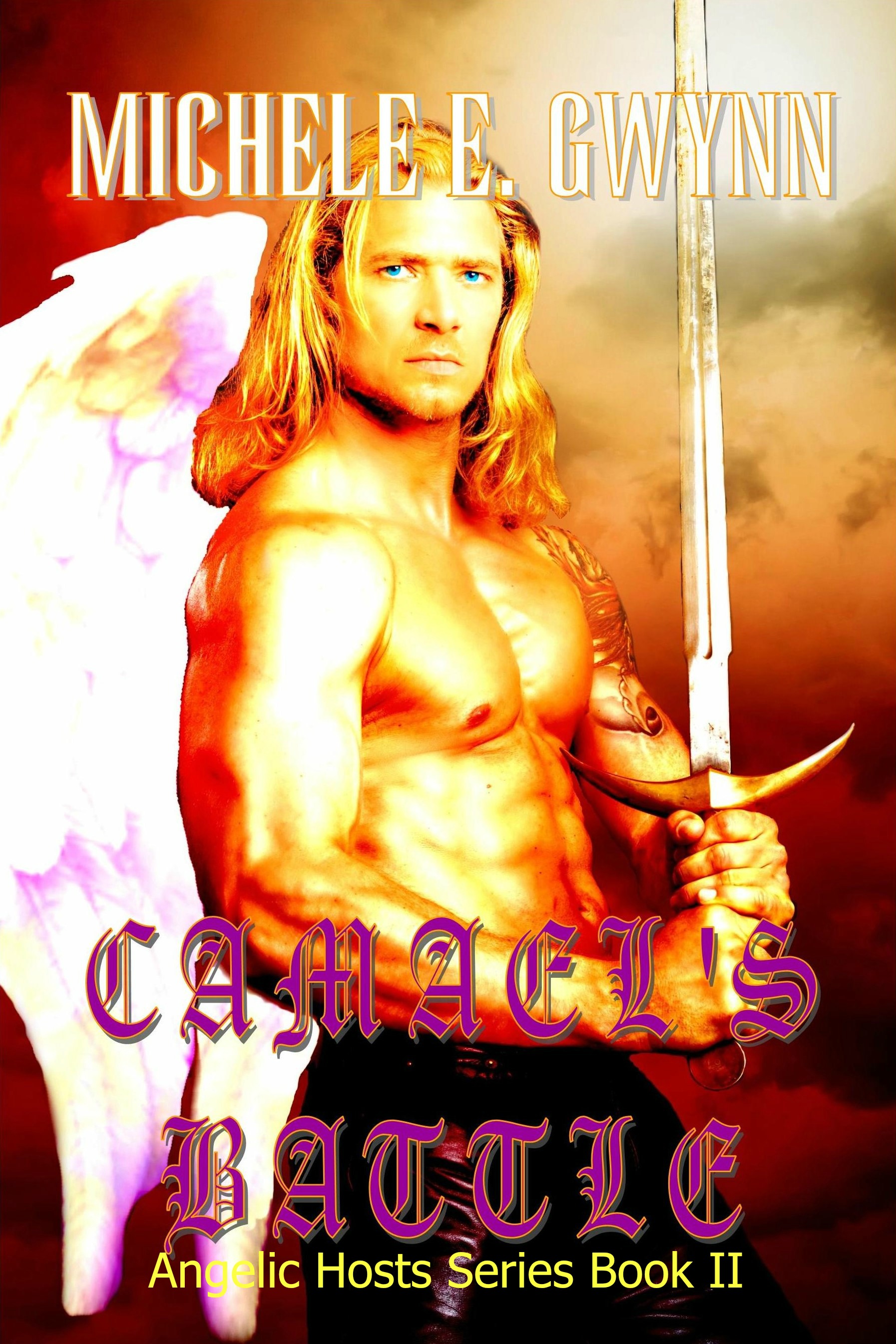 When an angel falls in love, his heart forever belongs to that one soul. For Camael, loving Hannah Adams has been the blessing of his very long life. The only thing more amazing is the fact that he is going to be a father. However, his joy may be short-lived as the forces of darkness plot to release Lucifer from the pit of a thousand years unleashing hell on Earth, and they plan to use Hannah and her child as the key!

With the goddess, Astarte, orchestrating her fallen lover’s release from hellish incarceration, secrets long buried are revealed causing chaos and throwing obstacles in Camael’s path to rescuing his true love. Even with help from the rebellious Gabriel, and reluctant Michael, he might not make it in time. Can Camael save Hannah and their unborn child or will Lucifer rise to lead an army of darkness into battle for dominion over the heavens and the Earth?

What Inspired You to Write Your Book?
I already have a steamy, gritty detective series, and so I really wanted to write a romantic adventure series that focuses more on the story with only the sweet side of romance; love. I’m endlessly attracted to religious discussions from an academic point of view, so this series will challenge traditional Christian beliefs, but with respect. My angels are actually very ‘human’. They don’t always do what is either ordered or expected. They’re not perfect, but they are good at heart. The series began with Camael’s Gift, a short written for an anthology with the Crazy Lady Authors. It received such a great response from readers, I had to continue Camael’s story to conclusion. The next will focus on the Keeper of Sorrow and Tears, Cassiel. After that, either Michael, the leader of the archangels, or possibly Gabriel, the rebellious one. We shall see which character wins the straw draw.

How Did You Come up With Your Characters?
I did a lot of research into angels. It’s fascinating learning which ones come from which religions, and how some are the same angel by a different name. They all have different roles, and vastly different personalities. I love them.

Book Sample
Michael waited patiently for Camael to arrive. He wiped his face clear of any emotion as he stood looking out the entrance of the temple in the mountain. He had a job to do. Camael had a mission to fulfill. He looked over his shoulder, and up at the ceiling of the cave and beyond. “I hope you’re happy.” He muttered, then turned back, stoic once again.
A gust of wind heralded Cam’s arrival. His great white wings flapped, slowing him down as he landed on the outcropping. His smile was joyous. “You rang, Michael?” He performed a mocking courtly bow.
If the situation weren’t dire, Michael might have laughed. Instead, he turned, walking inside knowing Cam would follow. “You took your time,” he said.
“Sorry. It just felt good to stretch my wings.” Cam noted the stiffness in Michael’s spine. “What’s wrong?”
The leader of the archangels stopped and turned around. “I have a job for you. A soul to escort.”
Cam nodded. “Okay. Who, when, and where?” He clasped his hands behind his back and waited.
“A very wise woman. She’s not yet passed on. It will be two days at most, but you’re ordered to stay with her until her time comes, then take her to Him.”
Cam stiffened. He didn’t like the idea of being away from Hannah right now. He also knew he could not refuse. He struggled with how to handle this one.
Michael saw every thought that ran through Cam’s mind. He steeled himself. He knew his friend would buck at being torn away from his woman. “You’re to leave at once.”
“But Hannah…” Cam began to protest.
“Call her and make your excuses.” Michael’s voice was hard, authoritative, his will unbending.
Cam looked down at his feet. “And who is the woman?”
Michael gestured for the angel to come and look into the seer’s basin. Cam walked over, peering inside the clear water. An old woman, older than any human he’d ever seen, lay upon her bed. She was alone.
“Where is her family?” He asked.
“She has none. She’s outlived them.” Michael shrugged.
“How old is she?” Cam’s eyebrow furrowed.
“One hundred and twenty two.”
“How in this world did she manage to live so long?”
“By His grace. She’s special, Cam. And no one should die alone. Go now, and do not return until you’ve personally delivered Elia to Him.”
“Directly to the throne?” This was a very rare request. He’d only done so once in his entire existence.
“Directly to the throne.” Michael remained somber.
“She must be special indeed.” Cam gave a formal half-bow to his leader, and walked to the temple entrance. He pulled out his cell phone and called Hannah. It rang four times, and then was answered by her voicemail. She must still be outside planting, he thought. “This is Hannah. You know what to do!” The line beeped.
“Hannah, it’s Cam. Listen, I’m sorry, but I won’t be home tonight. I have a patient with no family. She’s all alone, and on her very last. I’ll be staying with her tonight, and possibly most or all of tomorrow, too. Call me if you need anything, and I’ll find a way help.” He paused, and then, “I love you.”
It was the first time he’d actually said it. He’d shown her in a thousand ways, but then, he’d been able to be with her every night for the last eight months. Being apart from her was a new feeling and he didn’t like it. He hoped she’d call so he could at least hear her voice and be assured she was okay. He hung up, and with one final glance back at Michael, extended his wings and jumped.